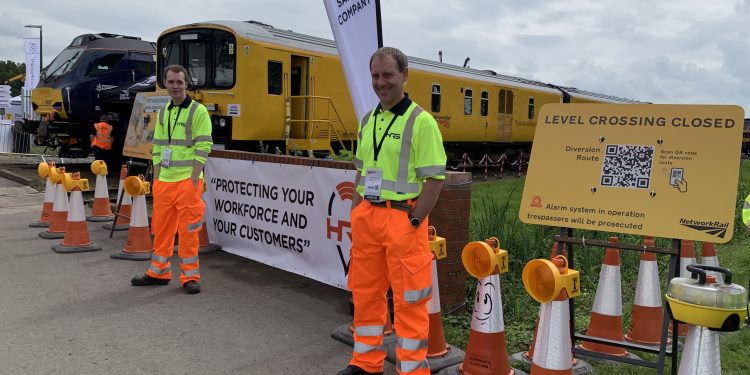 HRS exhibited for the first time at this year’s Rail Live. The event which took place on recently at Quinton Rail Technology Centre, Warwickshire, is the only exhibition bringing the entire rail industry together in a real railway environment, with over 200 exhibitors and 6000 visitors each year.

HRS demonstrated how the use of technology enabled traffic management solutions can protect workers and the travelling public during the maintenance, repair and renewals of railway assets and the roads that cross them. 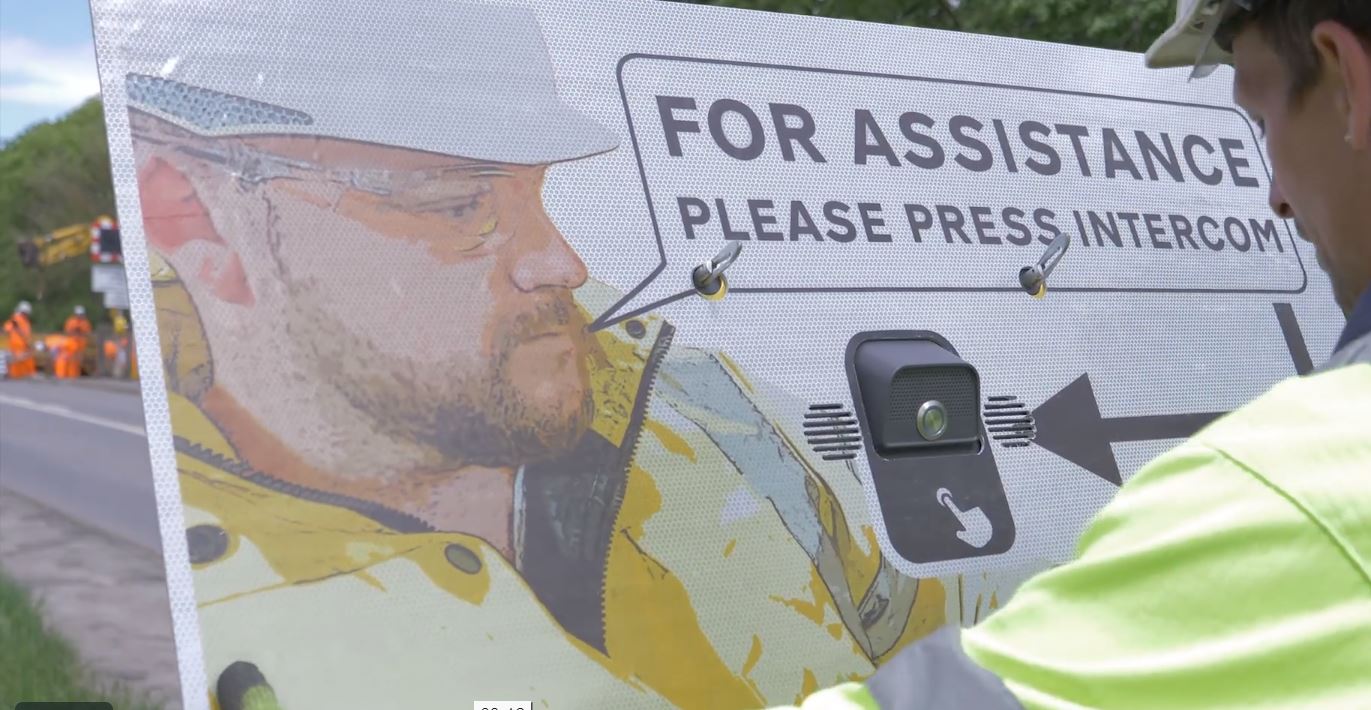 Their Incursion, Prevention and Mitigation (IPM) system significantly increases levels of safety for the workforce by detecting and alerting them to a breach in the work-zone. Motion sensitive Intellicone traffic cone lamps detect unauthorised movement and activate an audible alarm to deter the intruder from entering the work site.

Wireless monitoring of each work-zone enables all the work sites to be viewed on a live operations map through their portal. Their platform enables live and historic views across all locations, such as level crossings. All incursion data is subsequently available and may be used to generate historical incursion maps and site-specific safety information prior to works taking place.

These systems have been shown to reduce site incursions by members of the public by 50% whilst also increasing the working window. 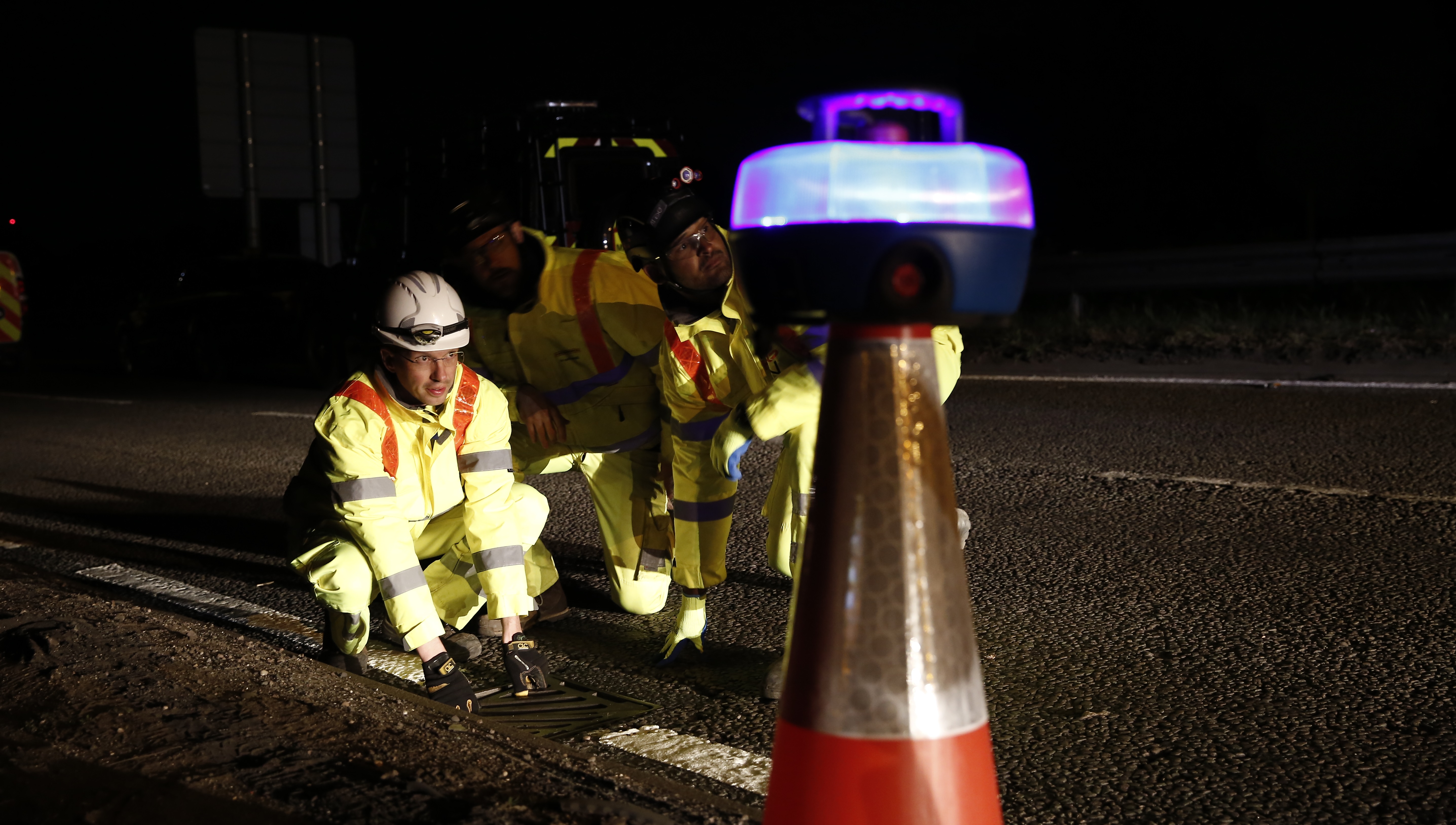 Also being showcased at the event was their Mobile Customer Support (MCS) Terminal. This digitally enabled interactive terminal provides members of the public with a method of seeking support and communicating with the site team, safely and without entering a work-zone. During a shift the Controller of Site Safety (COSS) is provided with a Portable Site Alarm (PSA) which geo locates the level crossing and the work site. Members of the public who wish to raise the attention of the COSS can then use the MCS Terminal, remotely activating an alert on the COSS’s PSA. Authorised personnel and emergency services that require access/ escorting through the work-zone can also gain access safely using the ‘escort’ mode on the PSA.

In the event that a closure is in place over a prolonged period, the MCS Terminal will automatically contact a designated phone number, enabling relevant information and support to be provided to the public directly.

The MCS Terminal is geo-located and self-configures when places in the perimeter of a pre-defined work site. It is fully rechargeable and may be combined with external battery packs for long lasting operation. The terminal can be quickly assembled by traffic management operatives and the information boards may be customised accordingly.

MCS Terminals are currently in use across the UK in different infrastructure projects. Their use has been shown to improve safety with members of the public less likely to enter a work site, and by reducing levels of aggression and confrontation against on-site personnel. 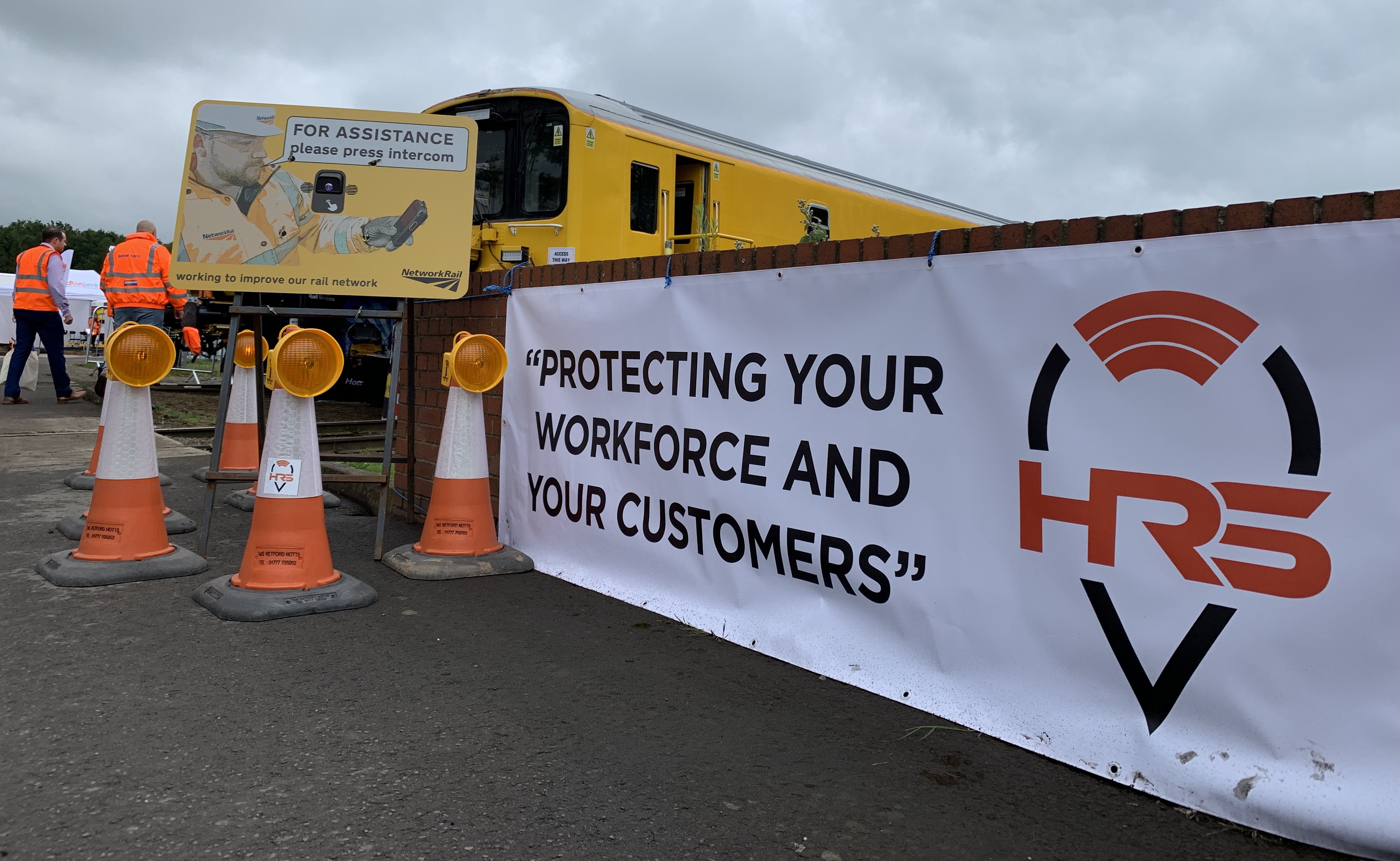 Contractors working on recent resurfacing works on the A36 near Steeple Langford avoided a vehicle incursion, thanks to the Intellicone Smart Closure System.

At 8:50PM a vehicle approached TM Operatives at the works access point. The driver ignored diversion instructions and instead accelerated towards the operatives with the aim of entering and passing through the site. In response, one of the Operatives immediately triggered the warning systems audio-visual alarm, instantly alerting the workforce located inside the road closure. The alarm also deterred the driver from travelling any further. The incident was reported, the authorities alerted and the driver’s registration noted. Thankfully the Intellicone Smart Closure system avoided an incursion, in turn preventing potential injury to the workforce.

“Whilst we strive to prevent and avoid this kind of incident, it’s a great example of the kit doing its job! This incursion warning system is the way of the future for the dual benefit of safety to the both the travelling public and road workers. When Chevron first used this system, we noticed a significant reduction of incursions, proving we were moving in the right direction combat errant vehicles” – Matt West (General Manager Chevron Traffic Management).

What is Intellicone Smart Road Closure?

The HRS Smart Closure system gives an instant warning to the workforce in the case of errant vehicles entering a work-zone, whilst helping to remove Traffic Management Personnel from areas of potential confrontation. The system is also used to provide secondary alerts to workers when authorised non-works vehicles require access (i.e. emergency vehicles, gritters and escorted vehicles).

This system is now proven and documented as industry best practise in the recently updated Highways England Raising the Bar 27 document.

Vehicle incursions are one of the highest risks that road workers are exposed to. Over the past decade several fatalities have been recorded and more than 1,700 vehicle incursions were reported during 2018.  It is nearly impossible to completely eliminate the risk of an errant vehicle entering a road closure. Intellicone Smart Closure System provides a crucial warning if all other measures fail whilst also providing the tools to manage the whole site digitally and more efficiently. 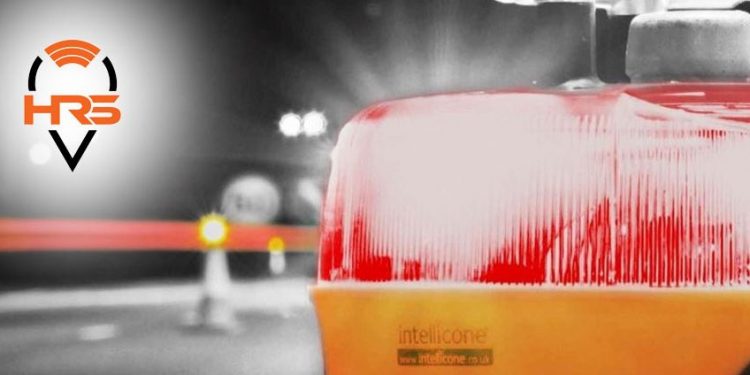 Highways England’s recent released ‘Raising the Bar 27 Guidelines’ (Managing Temporary Traffic Management Incursions) highlights the important contribution of smart safety technology in helping to prevent and mitigate vehicle incursions into roadworks. As a direct response to these requirements, HRS’s Smart Closure system is now widely available for use across the Strategic Road Network.

The revised guidance for industry best practice is based on the outcome of a recent Highways England study which concluded that “the warning functionality of Intellicone will provide a much faster and more reliable means of informing road workers of a vehicle incursion than traditional methods (e.g. mobile phone/text-based broadcast message to others working in the area). The benefits of this type of system can provide significant benefit to the mitigation of all types of incursion risks”.

Vehicle incursions are one of the highest risks that road workers are exposed to. Over the past 10 years several fatalities have been recorded and more 1,700 vehicle incursions were reported during 2018.

Highways England’s recent released ‘Raising the Bar 27 Guidelines’ (Managing Temporary Traffic Management Incursions) highlights the important contribution of smart safety technology in helping to prevent and mitigate vehicle incursions into roadworks. As a direct response to these requirements, HRS’s Smart Closure system is now widely available for use across the Strategic Road Network.

‘We have worked closely with the industry and Highways England to demonstrate the benefits of embracing intuitive technology to help reduce and where this is not possible safely manage errant vehicle incursions. Our systems are easy to use and have a proven track record in enabling safer sites whilst also helping to improve efficiency and road user experience’
– Roger Poeth, Managing Director