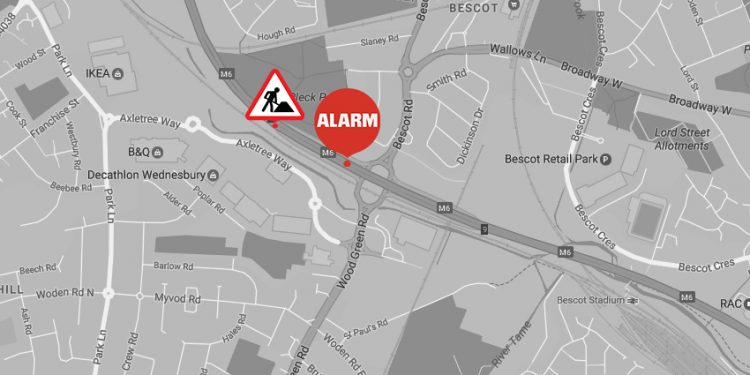 “As the foreman knew it had been struck in real-time, he was able to react immediately. This was imperative in this situation as a strike of such severity could have caused vehicles to not know there was a lane closure and strike the remaining equipment or even enter the lane closure and endanger the workforce. If we were not using the smart taper, we would have just relied on someone contacting the HE or the police.”

As part of the Area 9 TM Partnership, Chevron TM were dispatched to install a lane closure for a barrier repair on the M6 N/B. At 3.36am the closure was in place and the Smart Taper system was activated to remotely monitor the taper.

At 5.39am, the TMF received a strike alert. The TM crew responded to the alert and found that 3 cones had been moved out of alignment bu a passing vehicle. 23 minutes later, the taper had been fully repaired.

Within minutes of leaving the closure,  the TMF received a second strike alert at 6.15am, telling him that the taper had been struck again. This resulted in a total wipe out of the taper with 36 damaged cones and 14 sequential lamps being scattered across the carriageway.

The Tm crew immediately returned to the closure to respond to the taper strike allowing them to control the situation and prevent any further dangers to the public.